Over the weekend ADAC runners got out for their exercise and competed in the first ever virtual 5km race.

Runners were paired up in teams of two and were evenly matched by means of their age grade %.

This meant that that winning team would have the highest % between them.

The age grade % is a way of determning your overall performance no matter what age both male and female. 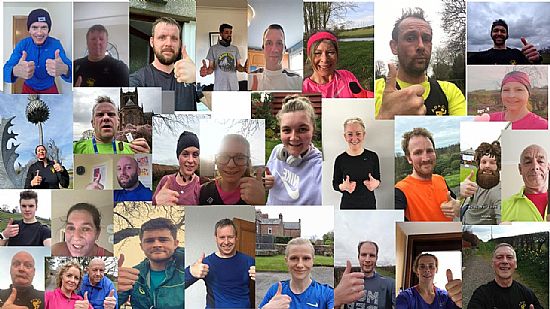 The task was to complete 5km on any course and post the time.

Members thoroughly enjoyed the event and nearly 30 seniors took part over the weekend.

The event was a huge success and was won by the team of "Dashing divas"  aka Louise Hopper and Rosie Ogg.

The series continues this weekend with a half marathon divided between the two runners.

After the final race of the series "Dashing Divas" are crowned champions. It has been a fabulous competition and our next Series is the "Oldies v Youngsters"